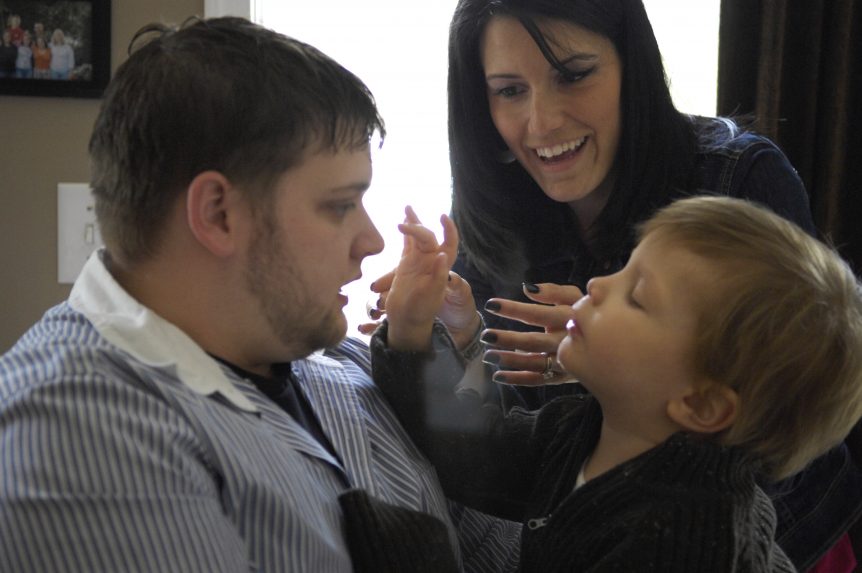 Sponsored Post
Autism Spectrum Disorder (ASD) can be difficult to define, even by clinicians who diagnose and treat it and by researchers who study it. This is because there is no precise blood test or genetic test that indicates whether or not an individual has ASD or not. Rather, it is identified by a broad range, or a “spectrum,” of symptoms and traits. Furthermore, each of these symptoms can range from mild to severe.

What makes Autism Spectrum Disorder even harder to define is the fact that a person who has this disorder will not exhibit every symptom. In fact, they may not even exhibit half of the symptoms known for their age and level of development. However, they will likely exhibit multiple symptoms.

One primary question a clinician attempting to make a diagnosis has to ask is whether or not the symptoms the patient does exhibit collectively rise to the level that they significantly impair their life. There are certainly people who have one or more of the symptoms associated with ASD who do not have their life significantly impacted, although they may be considered “eccentric” or a bit “offbeat” in a good sense.

The symptoms expressed for Autism Spectrum Disorder can mostly be grouped into two broad categories:

1. Problems In Social Communication and Social Interaction.
There is a whole range of symptoms that are used to assess this. For example, a common problem for a person on the spectrum is making  eye contact in a traditional way. They may also have trouble making friends. This can stem from problems such as difficulties reading facial expressions and body language correctly. They may not always pick up on humor or may struggle with picking up on social cues that their peers pick up on easily. For example, they may unknowingly overstay their welcome or carry on about topics, without realizing that others may  uncomfortable, bored, or disinterested.

Age can affect how people interpret these issues too. For example, an undiagnosed adult with ASD may be just thought of as “socially awkward” or “shy.” On the other hand, a child on the spectrum may be bullied relentlessly because they seem a bit different, often in a way that is not easily verbalized by peers.

2. Restricted and or Repetitive Behaviors, Interests, or Activities.
These tendencies can manifest themselves in many ways. For example, a person on the spectrum may be much more rigid about scheduling changes. They may prefer a precise routine. They may be hypersensitive to environmental stimuli such as noise, bright light, temperature changes, or the way a fabric feels against their skin. They may also become intensively interested in a particular object or subject to the point that they talk about it incessantly. Some people on the spectrum will exhibit “stimming” behavior where they repeat a simple activity like shake their foot or rock, especially after period of time involving complicated social interactions. This seems to relieve stress.

Assessing whether or not a person has Autism Spectrum Disorder can be quite challenging because there is so much difference between individuals on the spectrum. One person can have a certain set of symptoms while another person has a whole other set of symptoms, yet they both fall somewhere on the spectrum. It can also be difficult to determine if these symptoms are just personality “quirks” or if they actually rise to the level of being a detriment to that person’s life, i.e. if it is critical to do some form of intervention. However, a good assessment tool, like ADOS-2, can help make this determination much easier. An assessment tool, like SRS-2, can also help differentiate between Autism Spectrum Disorder and other mental health and physical issues that can have very similar symptoms. These include Attention Deficit Hyperactivity Disorder (ADHD), various forms of anxiety, depression, schizophrenia, hearing difficulties, language articulation issues, and learning disabilities. An assessment tool can also help sort out a situation where a patient has overlapping symptoms because they have two or more issues or symptoms that can be present in two or more mental or physical disorders.

It should also be mentioned that autistic traits in girls tend to be more subtle, and therefore, harder to detect. This is why so many autistic girls, especially those on the end of the spectrum that used to be diagnosed as Asperger Syndrome, go undiagnosed. However, a good assessment tool, like ADOS-2, can help a clinician pick up on the more subtle autistic traits that are often found in girls and also in boys who may have milder symptoms.

The Centers for Disease Control and Prevention (CDC) reports that a skilled clinician with a proper assessment tool, like ADOS-2, can usually make a reliable diagnosis of a child starting at eighteen months old. The earlier a diagnosis is made the better since early intervention of a child on the spectrum can improve their skill set and quality of life tremendously. It is also never too late to get a diagnosis. Adults who were never diagnosed often have struggles in life that make no sense to them. Getting a diagnosis of being on the Autism Spectrum Disorder, even late in life, can help an adult put things in proper perspective and heal from emotional scars they may have gotten because they did not understand why certain things were happening.

We value our sponsored posts! They allow us to bring you continuous free content! Thank you for visiting educationandbehavior.com. Browse our topics from the navigation bar above! Contact us if you would like to sponsor a post with us!

Related Articles: (Not Sponsored)
15 Behavior Strategies for Children on the Autism Spectrum
Signs of Autism and Steps for Parents to Take
Does Asperger’s Still Exist (Autism and Related Diagnoses Defined)
How to Set Up the Classroom for Students with Autism and ADHD
Does Research Say that Weighted Vests and Blankets Help People with Autism, Anxiety, and ADHD?
Recommended Books: