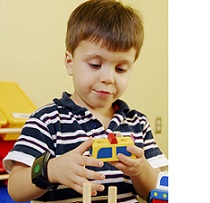 As a school psychologist, I have often heard people asking questions about what happened to the Asperger’s diagnosis? Asperger’s still exists, it just falls under a different name.

In the Diagnostic and Statistical Manual of Mental Disorders, Fourth Edition (DSM-4), there were four separate diagnoses all related to autism, which fell under a broader category called Pervasive Developmental Disorder (PDD).

As a side note, I am not a fan of the word disorder to describe autism, but since that is how it is referred to in the DSM, I refer to it that way so there is no confusion as to what I am talking about.

A big change came with the fifth edition of the DSM, which went into effect in May 2013. All “disorders” related to autism were put under one category, Autism Spectrum Disorder (ASD), and the four separate individual diagnoses were removed.

According to autism.com, “these changes were based on research, analysis, and expert opinion. The revisions had been made with the hope that the diagnosis of autism spectrum disorders will be more specific, reliable, and valid.”

All individuals who previously had a diagnosis of Asperger’s, childhood disintegrative disorder, or PDD, NOS are now considered to have autism spectrum disorder according to the DSM-5. They have not lost their diagnosis, it just has a new name.

Related Article: 15 Behavior Strategies for Children on the Autism Spectrum

Fred Volkmar, M.D., director of the Child Study Center at Yale University School of Medicine and editor-in-chief of the Journal of Autism & Developmental Disorders noted that “The diagnostic criteria to put an individual on the spectrum has become more restrictive, so a fair chunk of people who would have been diagnosed before the change, now won’t get diagnosed.” That is a concern for many because without a diagnosis, it will be difficult to get services that may be needed to improve independence, behavior, or social skills. Dr. Volkmar estimates that up to 75 percent of children who would have qualified for an Asperger’s or PDD, NOS diagnosis, would not qualify under ASD.

However, The DSM-5 contains a new diagnosis, called Social Communication (Pragmatic) Disorder. Some children who would have met diagnostic criteria under Asperger’s Syndrome or PDD, NOS if they had been evaluated prior to May 2013, may now fall under Social Communication (Pragmatic) Disorder. These individuals may be able to obtain services under this new diagnosis.

According to Dr. Michael Rosenthal, Ph.D., a pediatric neuropsychologist who specializes in autism  “A diagnosis of Social Communication Disorder may even include some children who weren’t getting diagnosed before.”

Below is the criteria for autistic disorder, Asperger’s Syndrome, childhood disintegrative disorder, and PDD, NOS from the DSM-4, followed by the DSM-5 criteria for autism spectrum disorder and social communication disorder. (According to the American Psychiatric Association, The DSM is the most widely accepted system used by clinicians  to determine diagnoses).

This article is not meant to assist in diagnosing anyone. If you have concerns that you or your child may need support for autism spectrum disorder (ASD) or a related disorder, please consult with a trusted health professional.

Professionals who can evaluate for autism spectrum disorder outside of school are psychologists, developmental pediatricians, psychiatrists, and neurologists. School psychologists can also evaluate for autism; however, a school psychologist’s determination of autism is an educational classification, and it is based on the Individuals with Disabilities Education Act (IDEA) definition rather than the DSM definition. An educational classification is not the same as a medical diagnosis of ASD from a private evaluator. Autism, as defined by IDEA refers to “a developmental disability significantly affecting verbal and nonverbal communication and social interaction, generally evident before age three, that adversely affects a child’s educational performance. IDEA does not now, and never has broken up autism into different categories, as the DSM-4 did.

(Fact: An in school evaluation is only completed to determine what type of supports the school can provide the student, such as an Individualized Education Program or a 504 Plan. A medical diagnosis of Autism Spectrum Disorder, given by a private evaluator, can lead to behavior/social skills support if determined necessary. The services would be delivered by an outside provider and could take place within the home, school, and/or community. The common name for this type of support is referred to as wrap-around services or Behavioral Health Rehabilitation Services (BHRS). You can do a Google search for providers in your area if you are interested in behavior/social skills support for you or your child. You can also check with your insurance company or ask your child’s school for a recommendation.)

(A) qualitative impairment in social interaction, as manifested by at least two of the following:

(B) qualitative impairments in communication as manifested by at least one of the following:

(C) restricted repetitive and stereotyped patterns of behavior, interests and activities, as manifested by at least two of the following:

(II) Delays or abnormal functioning in at least one of the following areas, with onset prior to age 3 years:

ASPERGER’S SYNDROME
(I) Qualitative impairment in social interaction, as manifested by at least two of the following:

(II) Restricted repetitive & stereotyped patterns of behavior, interests and activities, as manifested by at least one of the following:

(III) The disturbance causes clinically significant impairments in social, occupational, or other important areas of functioning.

(V) There is no clinically significant delay in cognitive development or in the development of age-appropriate self help skills, adaptive behavior (other than in social interaction) and curiosity about the environment in childhood.

(VI) Criteria are not met for another specific Pervasive Developmental Disorder or Schizophrenia.”

CHILDHOOD DESINTEGRATIVE DISORDER
(A) Apparently normal development for at least the first 2 years after birth as manifested by the presence of age-appropriate verbal and nonverbal communication, social relationships, play, and adaptive behavior.

(B) Clinically significant loss of previously acquired skills (before age 10 years) in at least two of the following areas:

(C) Abnormalities of functioning in at least two of the following areas:

(D) The disturbance is not better accounted for by another specific Pervasive Developmental Disorder or by Schizophrenia.

PERVASIVE DEVELOPMENTAL DISORDER, NOS
This category should be used when there is a severe and pervasive impairment in the development of reciprocal social interaction or verbal and nonverbal communication skills, or when stereotyped behavior, interests, and activities are present, but the criteria are not met for a specific pervasive developmental disorder, schizophrenia, schizotypal personality disorder, or avoidant personality disorder. For example, this category includes “atypical autism” –presentations that do not meet the criteria for autistic disorder because of late age of onset, atypical symptomatology, or subthreshold symptomatology, or all of these.

A. Persistent deficits in social communication and social interaction across multiple contexts, as manifested by the following, currently or by history (examples are illustrative, not exhaustive; see text):

B. Restricted, repetitive patterns of behavior, interests, or activities, as manifested by at least two of the following, currently or by history (examples are illustrative, not exhaustive; see text):

C. Symptoms must be present in the early developmental period (but may not become fully manifest until social demands exceed limited capacities, or may be masked by learned strategies in later life).

D. Symptoms cause clinically significant impairment in social, occupational, or other important areas of current functioning.

Related Article: What is an Intellectual Disability? (With Printable Milestone Checklists)

In the DSM-5, autism spectrum disorder is classified on three separate levels based on the level of severity. Here is a summary of each level described by North Shore Pediatric Therapy.

Level 1: “Requiring support”
Individuals with level 1 autism spectrum disorder experience deficits in social communication which causes noticeable impairments when supports are not present. These individuals often find it difficult to initiate social interactions and demonstrate atypical or unsuccessful responses to social advances of others. Individuals may appear to have a decreased interest in social interactions. Individuals will often experience the following behaviors:

A parent once asked me an interesting question. She said “can people with autism move up in levels as they improve their skills?” There is not a definitive answer to this question. This is how I responded based on personal experience and observation: The severity of symptoms determine the level. A child could potentially move to a different level if symptoms are determined to be more or less severe.

From my experience, symptoms are pretty consistent over time. Everyone is different though and you cannot predict the progress an individual can make. Focusing on an individual’s strengths, helping him/her build those strengths, and providing activities and tasks that help the individual feel successful, will help him/her reach his/her full potential. Also certain symptoms may be more or less noticeable depending on the environment, activity, etc.

It is also important to keep in mind that the determination of levels is somewhat subjective (based on rating scales, observations, etc.) so one evaluator might say level 1, where another might say level 2. I would love to hear other’s opinions about the levels of Autism Spectrum Disorder so feel free to comment below.

Related Article: 12 Ways Schools Can Support Your Child with Autism

SOCIAL COMMUNICATION DISORDER
1. Persistent difficulties in the social use of verbal and nonverbal communication as manifested by all of the following:

3. The onset of symptoms is in the early developmental period.

4. The symptoms are not better accounted for by another mental disorder and is not due to a general medical or neurological condition, or to low abilities in the domains of word structure and grammar, and are not better explained by autism spectrum disorder, intellectual disability, or global developmental delay.

Education and Behavior – A free online library of research-based strategies for children, to keep us all on the same page!