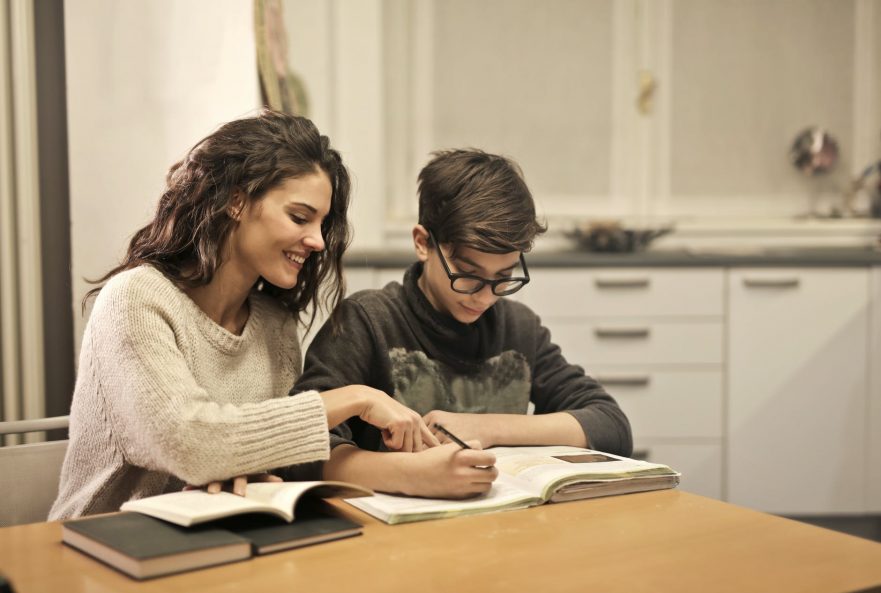 What is an Expository Essay?

Expository essays (or expository writing) are used to explain, define, compare/contrast, or expand on an idea or topic. They can also be used to analyze cause and effect.

Why is Expository Writing Beneficial for Students?

One of the reasons why expository writing is beneficial for students is that it pushes them to thoroughly explore a topic until they know it so well they can help others understand it.

Expository writing also teaches students how to use their language to inform, educate, or persuade others which are necessary skills for making positive changes in one’s life and the world.

Why Do Teachers Give Expository Essays?

Educators or homeschoolers often use expository essays to check their students’ knowledge or understanding of a topic. Additionally, as stated above, expository writing helps students build knowledge and understanding, and improve communication skills.

How Do We Give Expository Essays to Students with Writing Difficulties?

The expectations for an expository essay can be modified, and built upon as the student improves their skill set.

Below we will look at the parts of an expository essay, with samples, followed by suggestions for modifications for students with writing challenges.

Parts of an Expository Essay

Sample Topic: How Do Volcanoes Erupt?

1. The Introduction of the Essay

When writing an introduction in an expository essay, it is important to include background information to help the reader understand the topic. In the volcano example, the writer may give a little background about what volcanos are, where they are found, and what they do.

Here is a sample introduction (5 Sentences):

A volcano is an eruption or a calmer release of hot lava, volcanic ash, and gases into the atmosphere. These fiery elements rise up from beneath the earth’s surface due to the crashing, colliding, and sliding of tectonic plates in the crust and upper mantle. When the lava hits the atmosphere it starts to cool and harden. Over time, hardened rock forms mountainous structures also called volcanoes. When the gases from an active volcano cool, they turn to water, which is the reason for Earth’s vast oceans, and ultimately life on earth.

2. The Body of the Essay

The body of the essay should contain specific details regarding the topic with evidence to support claims made. Here is what that could look like in an essay about why volcanoes erupt.

The body of your essay should be 3 or more paragraphs. The sample essay below contains six paragraphs.

Magma is the liquid (melted) rock that rises up and explodes or is ejected out of an active volcano as lava. Magma is formed when the earth’s mantle melts due to temperature and pressure changes in the earth’s lithosphere, which is made of tectonic plates from the earth’s crust and uppermost mantle.

When tectonic plates diverge (separate), converge (crash/one is pushed below the other), or slide against each other, magma rises to the earth’s surface because it’s a liquid that is lighter than rock. Magma can also form when one large plate slides against an immobile ocean floor.  As the magma rises, gas bubbles form inside it, and the result is a dangerous lava explosion from the vents on the top of the volcanic structure.

A volcanic eruption can also happen when water underneath the surface interacts with hot magma and creates steam. This can build up enough pressure to cause an explosion.

We can thank volcanoes for life on Earth. The Earth’s landmass was built over billions of years by underground molten rock. Over time, this landmass released gases into the atmosphere. When these gases cooled, they turned to water, creating the Earth’s oceans, which allowed the first life forms to develop.

In the Pacific Ocean in Hawaii, there is less pressure as magma rises to the surface than we see at the Ring of Fire and Mid Atlantic Ridge. Therefore, volcanoes in Hawaii have lava that pours out more slowly than we would see in a forceful volcanic eruption. This slower release is called a volcanic emission.

3. The Conclusion of the Essay

In the conclusion of your expository essay, it is important to write a summary of all the mentioned points in the discussion so that the reader gets a general overview.

Volcanoes are somewhat like a venting system for Earth, designed to release internal pressure and heat. Temperature and pressure changes beneath the earth’s surface lead to volcanic eruptions and emissions to release tension and buildup. Although volcanoes are destructive to the environment, life on earth would not be possible without them as cooling gases from volcanic eruptions led to Earth’s oceans.

How Do You Compare and Contrast Information in an Expository Essay?

Let’s say you wanted to compare volcanoes to a different natural phenomenon like earthquakes. You could add on to your current essay or you could create a separate essay about how volcanoes and earthquakes are similar and different.

You can help or show your student how to compare information with a graphic organizer like a Venn Diagram. See an example below of a Venn Diagram on Volcanoes and Earthquakes. You can see the differences on the left and right and the similarities in the center.

Once your student has the information in the Venn Diagram they can use it to pull the essay together.

Related Article: How to Use Graphic Organizers to Improve Academic Skills

How Should a Student Approach an Expository Essay?

When a student has to write an expository essay, or complete a similar activity, they will have the most success by taking the time to thoroughly understand the topic before presenting the information.

Students can become absorbed in their essay topic by reading, watching videos, watching live demonstrations, talking to experts on the subject, etc.

Not sure what to write about? You can find expository essay topics here.

If you have a student who struggles with organizing thoughts or ideas for writing, or who struggles to focus on a writing assignment, try the following tips:

For students who have challenges with punctuation you can provide a visual reminder like the one below:

Some students benefit from fill-in-the-blank-sentences with a word bank. See an example below.

Fill-in-the-blank sentences with a word bank can be considered for students who have trouble with reading or writing, have difficulty generating sentences, or have difficulty knowing what to narrow in on regarding their topic.

Give sentence starters for clues and ideas about the information students need to find.

Some students may know they have to explain how volcanoes work but might be confused about what to search for, what terms to use, or what to look up. Sentence starters that give clues may look like this:

These ideas can give students a guide for where to start in their search and how to begin their sentences if they feel stuck.

For some students who are resistant to writing or get tired easily when using hand muscles, you can initially ask them to write just a few sentences about their topic.

Once they become comfortable with writing a few sentences to build a paragraph about a topic, you can slightly raise the expectations. As an example, a one paragraph writing assignment about volcanoes might look something like this:

Volcanoes are mountainous structures, that erupt with molten rock from within. They are caused by temperature and pressure changes in the earth’s crust and upper mantle. Volcanoes mostly happen underwater but can occur on land. Some volcanic structures create islands in the Atlantic and Pacific Oceans. Although volcanoes were necessary for the development of Earth’s oceans, their explosions can harm our environment.

In an example like the one paragraph above you can also provide fill in the blanks with a word bank or give sentence starters. You have to assess your student’s writing skills to determine how much support they need.

Another example of an essay modification is asking your student to use a graphic organizer (such as a hamburger chart), to fill in an outline to demonstrate knowledge.

You may or may not require them to convert it to essay format.

Here is an example of an outline in a hamburger chart:

Graphic organizers like hamburger charts and venn diagrams can be created and typed in a Microsoft Word document, completed with speech to text, or printed and hand-written.

How can we adapt expository writing tasks for students who struggle with writing due to disabilities, English language barriers, etc.?

In some instances, students can have alternative options for how to demonstrate knowledge about a particular topic. Writing or typing doesn’t have to be the only way to demonstrate the content.

Options for demonstrating knowledge about a topic can include but are not limited to:

Once students understand the content, they can create an informational piece to the best of their ability to share that information with others. As students improve their writing and/or presentation skills, they can expand upon or create new expository pieces. This will allow them to gain robust knowledge on a variety of topics while expanding their communication skills, and building their self-adequacy.

Education and Behavior – Keeping Us On the Same Page with Research-Based Strategies to Support Children’s Academic, Behavioral, and Social-Emotional Development!

Massage Can Help with Sensory Needs and Anxiety

Sharing Our Content Gives Free Tutoring to Children in Need! Ask us how!