What is a Functional Behavior Assessment (FBA)?

An FBA is a research-based method used to figure out why a child is behaving a certain way in the school setting (an FBA can also be done in a residential treatment center or at home if a child is receiving mental health services there; parents can also think about ways to use an approach similar to an FBA to address their own child’s behavior at home or in the community). Research demonstrates that FBAs are an effective tool for reducing problematic behaviors.

When conducting the FBA a qualified person, such as a behavior specialist or school psychologist, uses several techniques to figure out the cause of behaviors that others (e.g., parents, teacher, administrators) consider inappropriate.  Both academic and non academic factors are explored in order to make a hypothesis about what could be causing a child’s challenging behavior in the school setting.

Knowing what is behind inappropriate behavior can help the parent and the school find ways to modify the environment and teach the student skills with the goal of ideally replacing inappropriate behaviors with more appropriate ones. The basic idea behind this approach is that the child’s behavior serves a purpose. Whether they are aware of it or not, the child acts a certain way to get to a desired outcome or goal.

For example, perhaps the child has a hard time showing his work on math problems. In math class, he gets angry, crumples up the paper and throws it on the floor. He’s sent to the principal’s office. 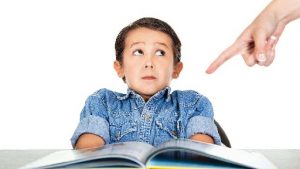 While the behavior may be considered inappropriate, it served its purpose. The child managed to escape the work that was frustrating him. He may not even realize that that was his goal, but he found a way to deal with the math, which was causing him stress.

A key part of an FBA is figuring out what may trigger certain behaviors. Sometimes parents and teachers think they know what is causing a child’s behavior because they’ve seen other children act in similar ways. However, children can display similar behavior, but for a variety of different reasons.

The Functional Behavior Assessment Team
An FBA should involve a team of people. For instance, the behavior specialist or school psychologist will interview the student’s teacher(s), parents, the student himself, the school counselor, and other school staff who may work with the child. 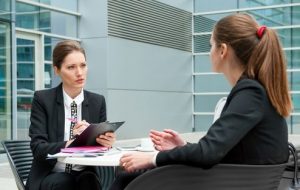 The Steps of a Functional Behavior Assessment
During an FBA, the team gathers information and uses it to create a behavior plan. The behavior plan will list strategies to modify the environment, teach the child appropriate replacement behaviors (which are outlined), and provide reinforcement for displaying the desired behaviors.

Here are the steps of an FBA.

Sample ABC Chart
The student can help provide information about the A B C’s too. Only they can share how they truly feel in these situations. Asking a child to try to keep track of what he is feeling—and when—could help the team.
Other tools may include frequency and/or duration charts which track how often the behaviors  occur or and how long the behavior lasts. These charts allow you to track the intensity of the behavior as well (on a scale of 1-10).
Sample frequency/duration/intensity chart

Step #3: Hypothesizing reasons for the behavior.
A hypothesis is a guess about why a child is behaving a certain way based on the data collected. The purpose of the FBA is to determine what the child is escaping, avoiding or getting from the target behavior. As in the example discussed at the beginning of the article, the student wanted to avoid the math work that he found too challenging.

Step #4: Developing a plan.
Once the team has an understanding of the reason behind the child’s behaviors, they create a behavior intervention plan. The behavior intervention plan allows the team to make modifications to the environment, teach replacement behaviors, and provide reinforcement. For instance, in the example discussed above, they may try to make the math problems less frustrating by providing help, peer tutoring, etc. They may work with the child to get him to ask for help when frustrated. For example, if the child is embarrassed to ask for help, the team may develop a low key way for him to get the help he needs (e.g., teacher check ins, putting an index card on desk when help is needed, etc.). When the child asks for help and completes the work to the best of his ability, he may be rewarded through positive feedback from the teacher, a break to do a preferred activity, etc. 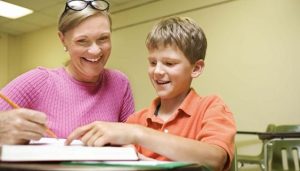 These are examples of how positive strategies are used to improve the child’s behavior. All the strategies will be outlined in the behavior intervention plan.
Suggestions in a behavior plan can include:

The Role of Parents in a Functional Assessment
Knowing that your child’s behavior is causing a problem at school can bring up many feelings. However, this process is not about focusing on what your child is doing wrong, but rather about coming up with a solution to help your child with something they are struggling with. Tell the team what behaviors you see at home and what is or is not helpful for your child at home. This is an important piece of the FBA. You can keep track of your child’s behavior in a journal or by using the ABC approach. Taking notes can make it easier to notice patterns in your child’s behavior.

An FBA may not provide an immediate solution to your child’s behavior issues, but it can give you a better picture of your child’s struggles and what may help over a period of time. If the strategies are not working, they can be tweaked and the team (which you are a part of) can try something different.

If you think your child needs an FBA, request one through the school principal, who will most likely refer you to the school behavior specialist or school psychologist. If your child attends cyber school, and you have concerns about their behavior as it relates to school, talk to the principal or special education director to find out how an FBA is conducted in the cyber school setting.

Suggested Article: What You Can Do If Your Child is Having Persistent Problems in School

Thank you for visiting educationandbehavior.com, a free resource for parents, educators, and counselors. We provide academic, behavioral, and social-emotional support for children. Follow us on Facebook. 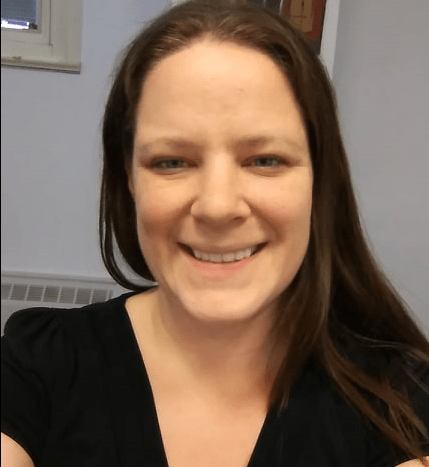